Live at the Baked Potato! 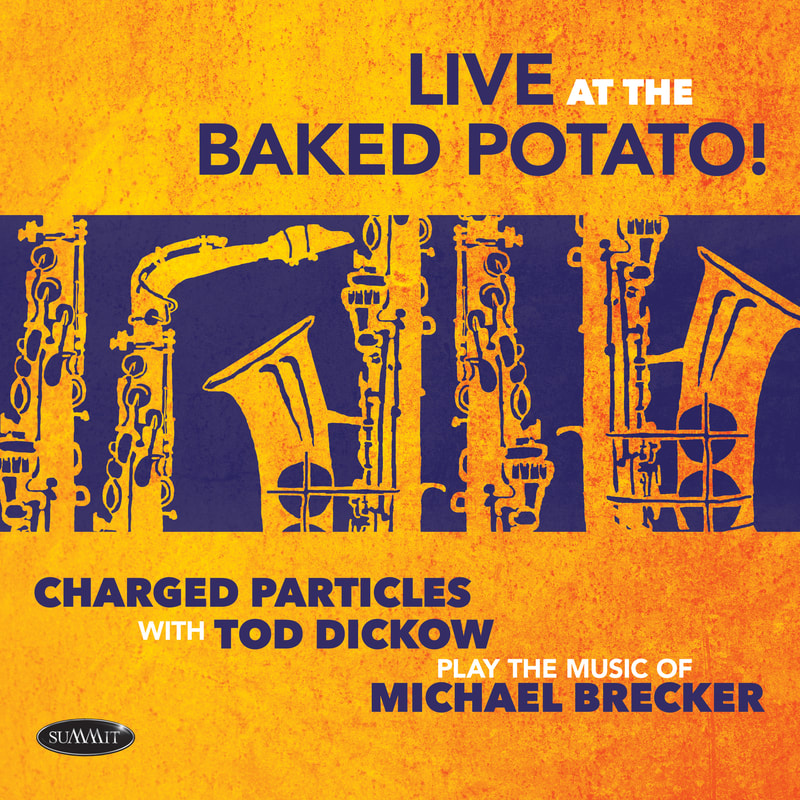 "Smoking and intense from beginning to end, they’ve all internalized Mike and his music to an impressive degree of accuracy and moreover: feeling!"

"I found myself pinching my arm to remind myself that Mike is sadly no longer with us. You find yourself jumping into Mike’s mindset listening to this CD, and transported to another time.  Take the journey and check out this live recording."

"Everyone is at the top of their Mike game!"

“Staggering in its authenticity … the sheer force of Tod Dickow’s lines lift the entire band, while his passionate intensity and Breckerian authority immediately command our attention.  Truly, he is a talent worthy of wider recognition.”

Bill Milkowski, author of “Ode to a Tenor Titan”,
​the biography of Michael Brecker


“Tod Dickow has captured the magic and brilliance of Brecker and saturates the group with power and purpose.  All three rhythm section members bring excitement and creativity to the bandstand.  This is a joyful listen, full of spark and spunk, but also incorporating the creativity and integrity of these four master musicians.”


“This is a highly energetic date, enjoyable both on its own merits and for the opportunity for listeners to revisit Michael Brecker’s glorious catalog.”


“It's just brilliant.  They captured the spirit of Michael without question.  Aaron laying down some tight grooves.  Murray always great, in any setting.  Jon's drumming described in the liner notes as "simmering" - I can't say it any better than that.  And Tod's tenor playing respectfully honors Mr. Brecker's compositions.  Just an outstanding job by all, super tight, beautifully done.  Bravo!”

​
“Dickow and the band dig into the tunes with gusto.  All four musicians revel in the music, supporting and clearly enjoying one another.  Dickow is all over the horn in fine form.  Outstanding playing – enticing, enjoyable contemporary jazz.” 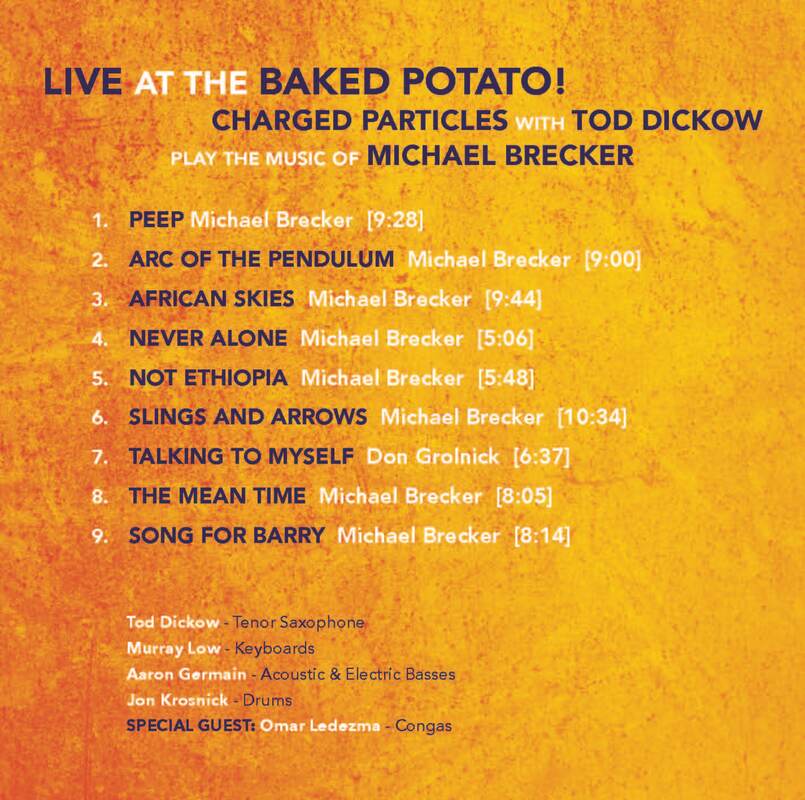 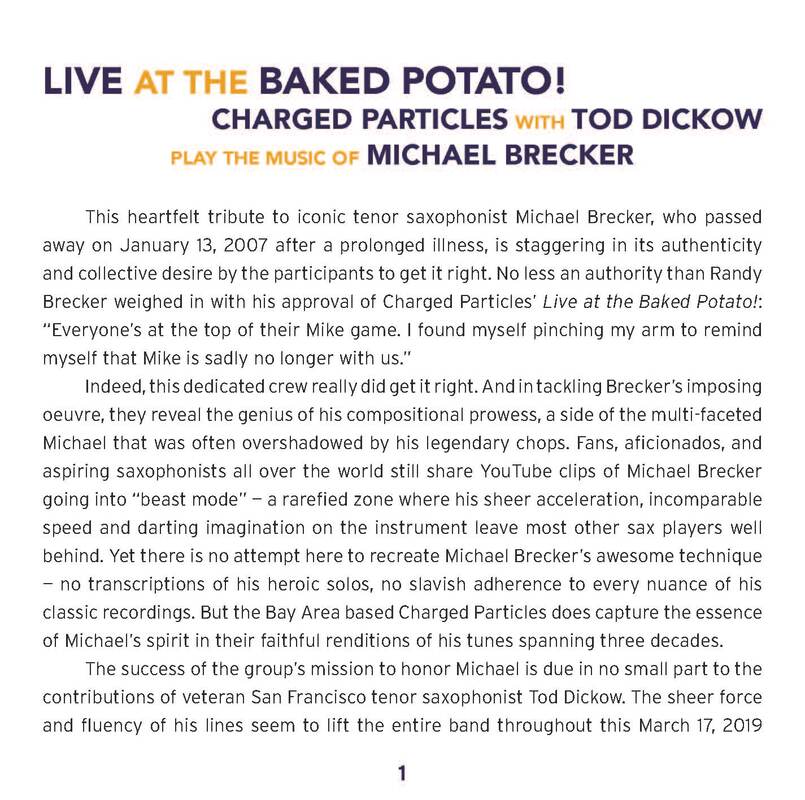 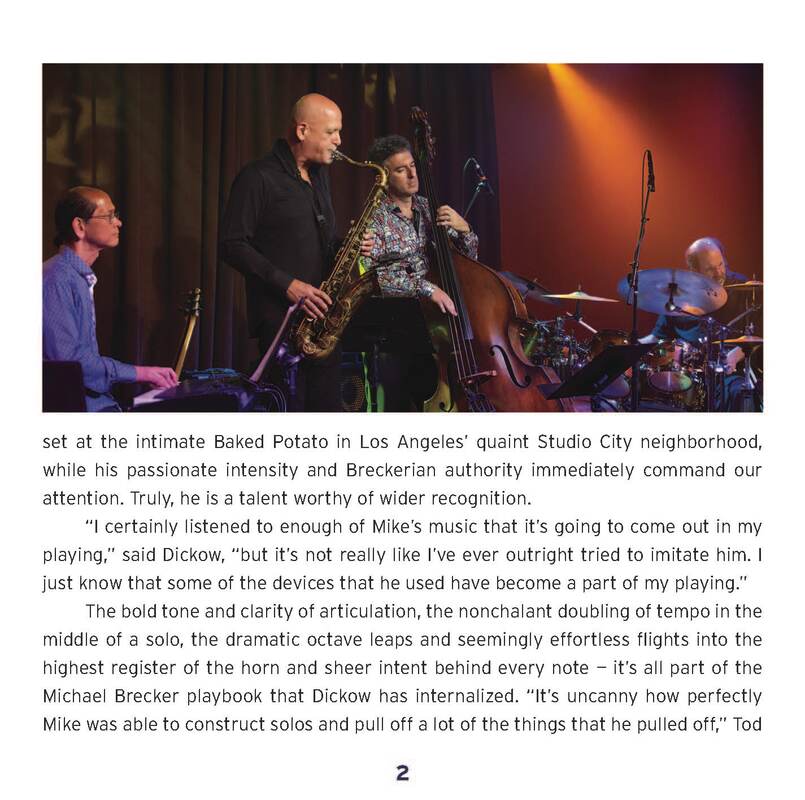 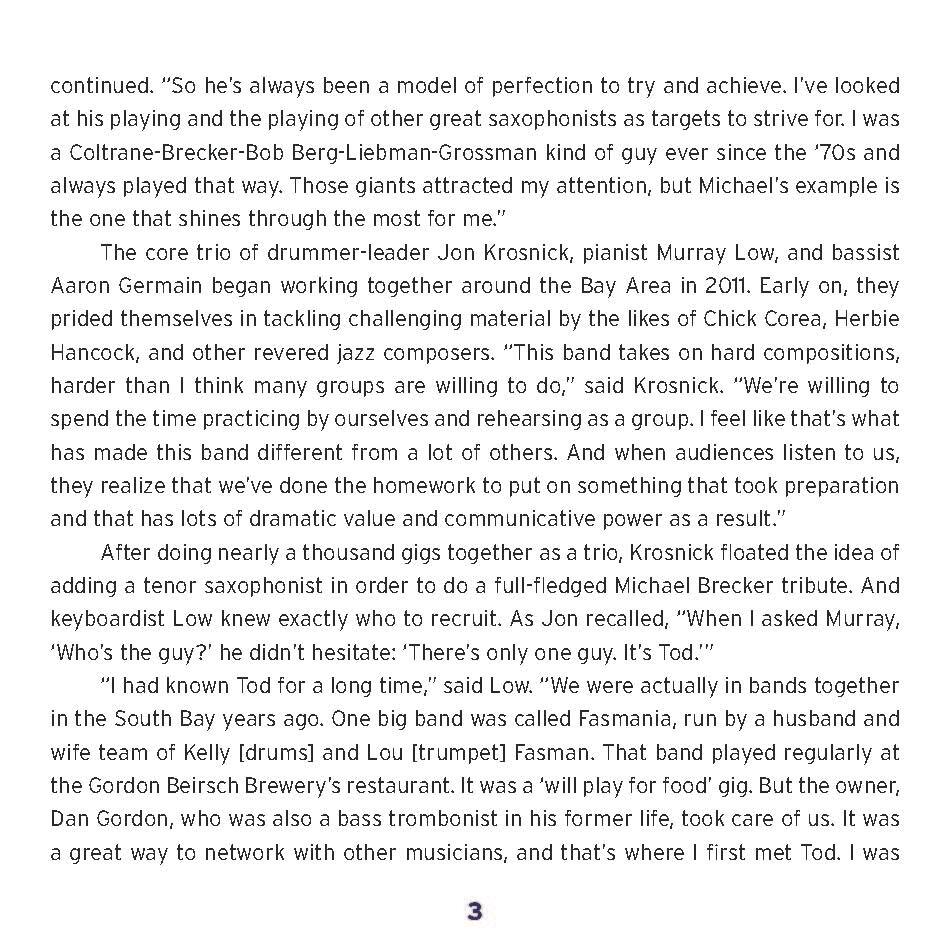 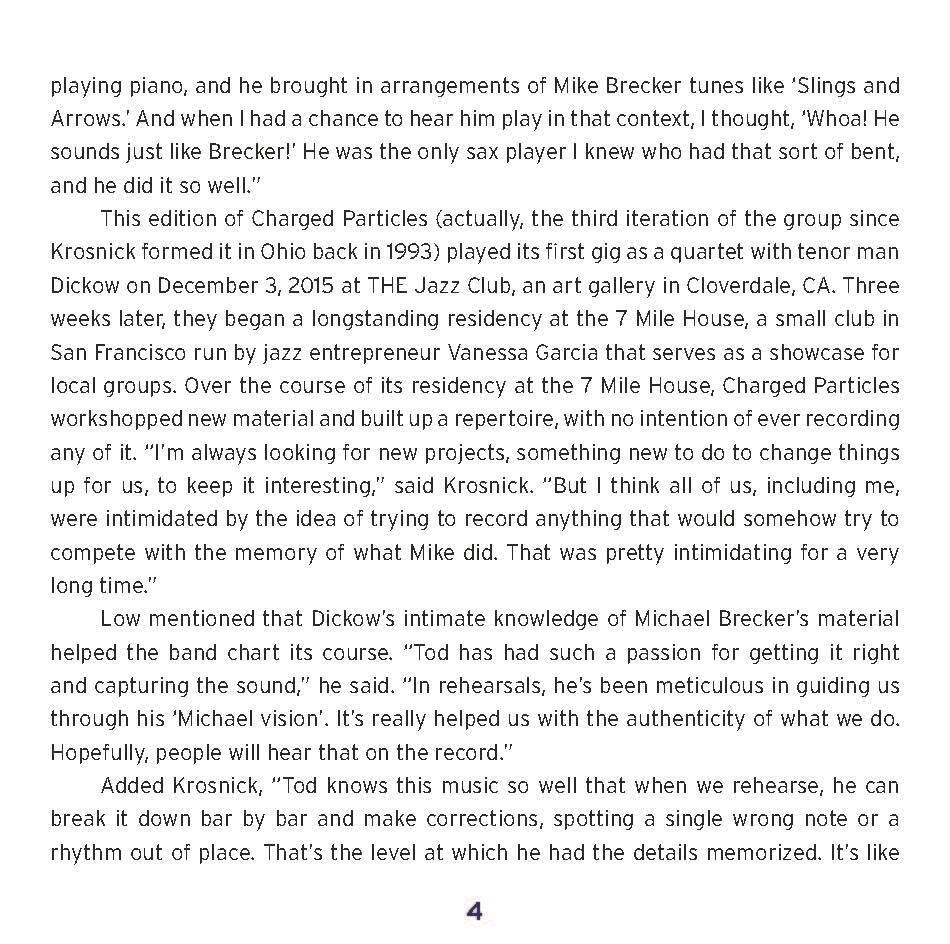 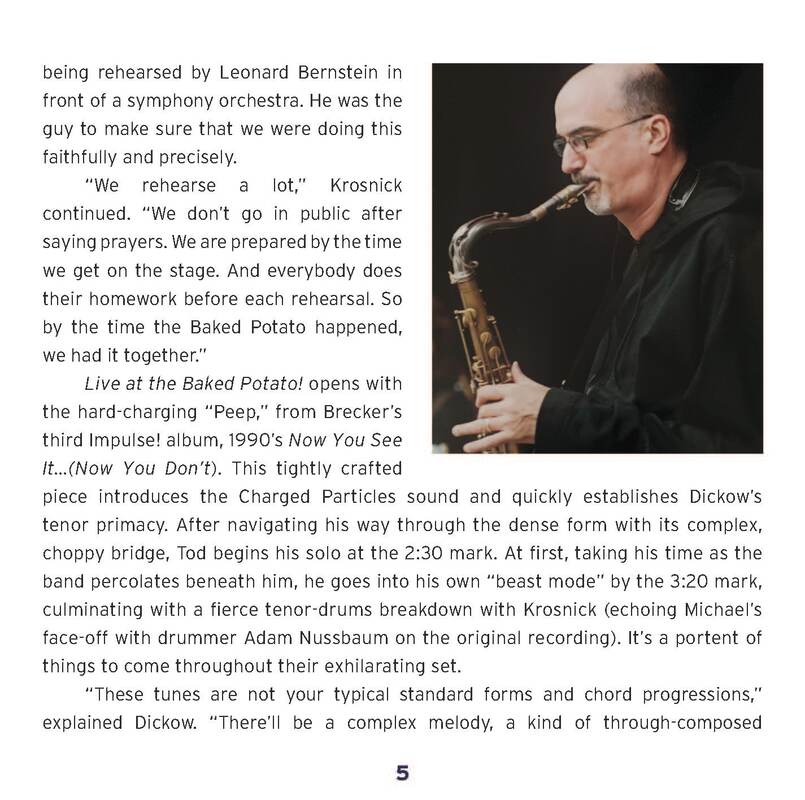 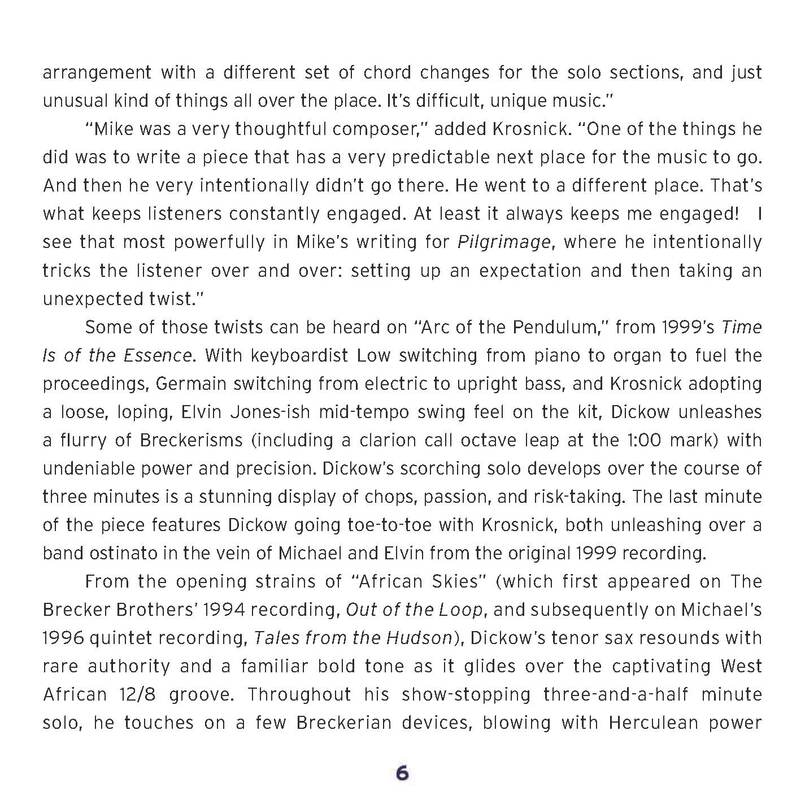 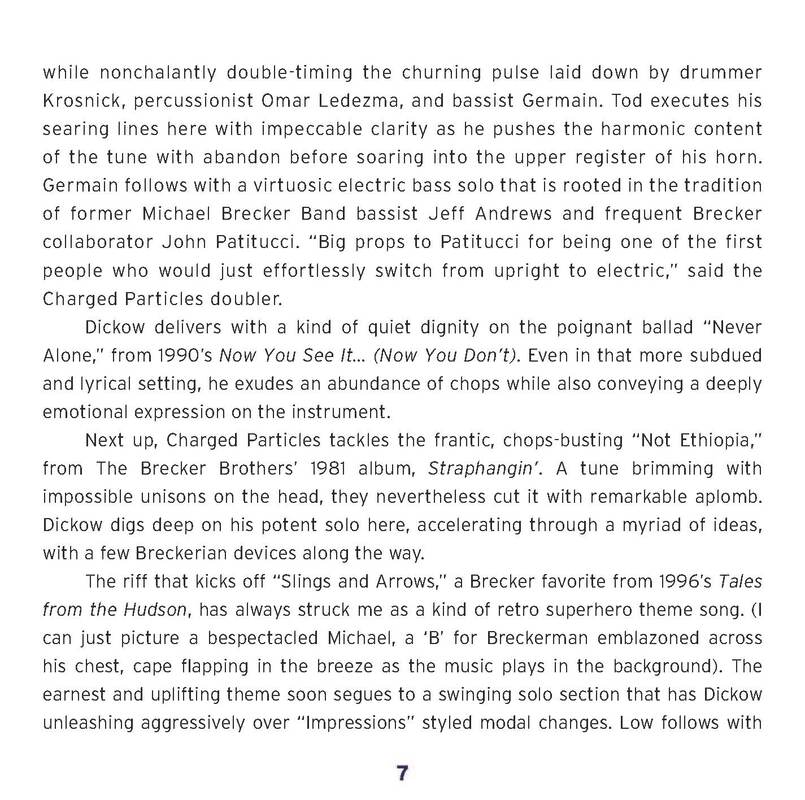 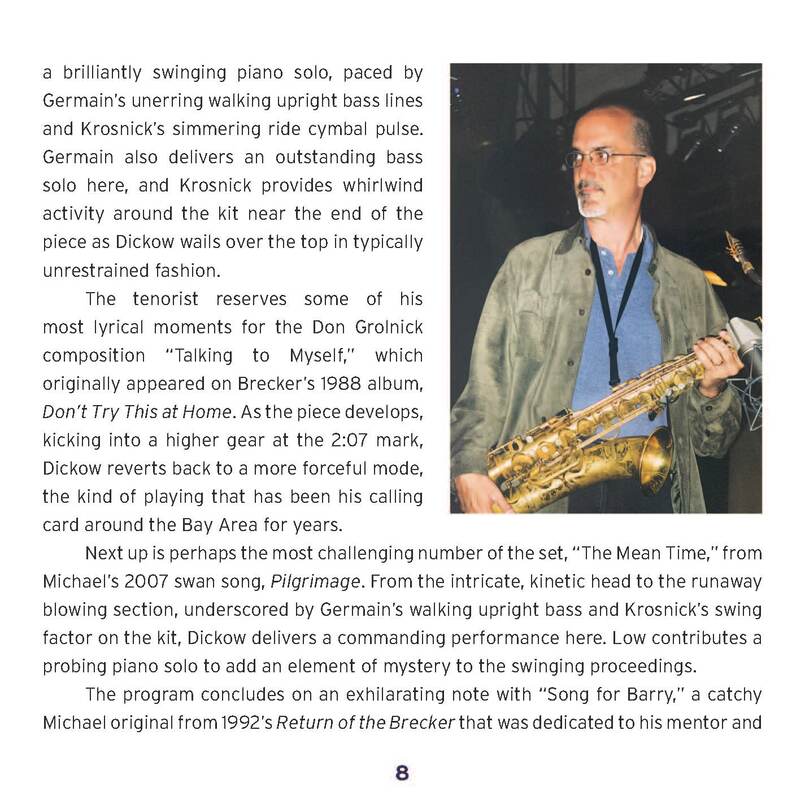 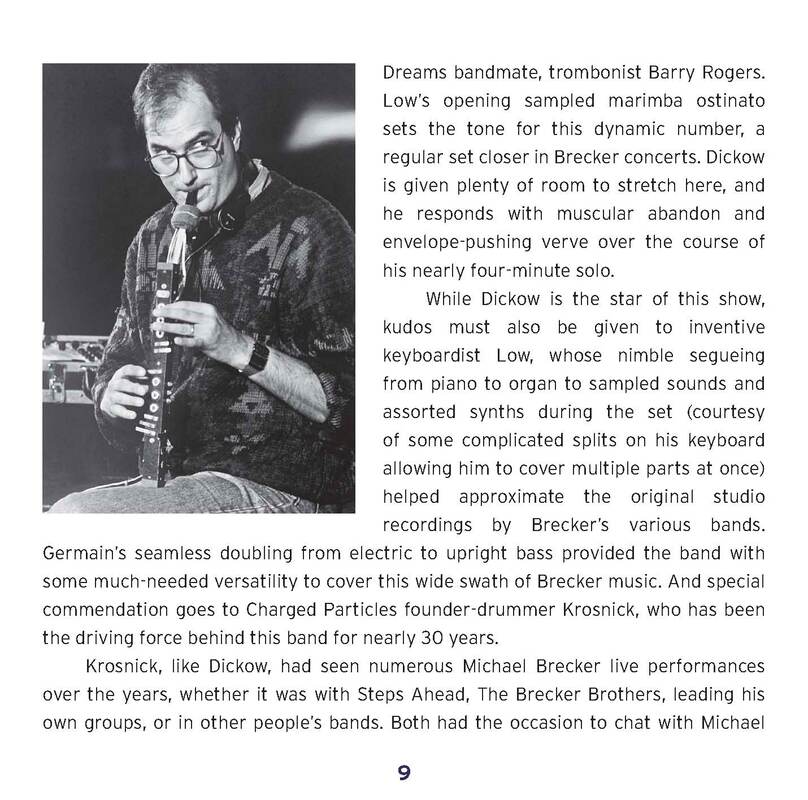 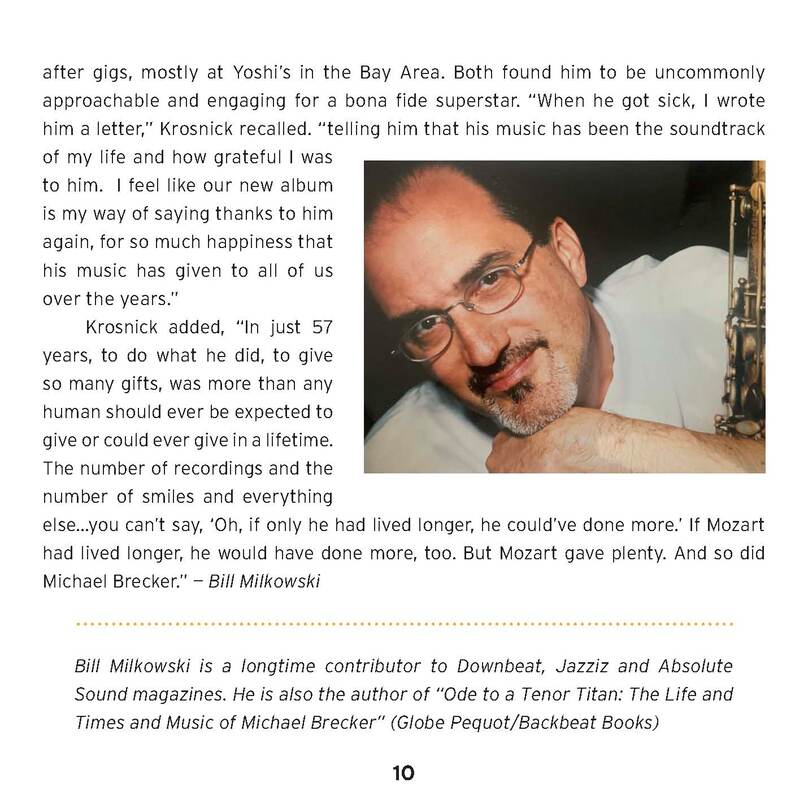 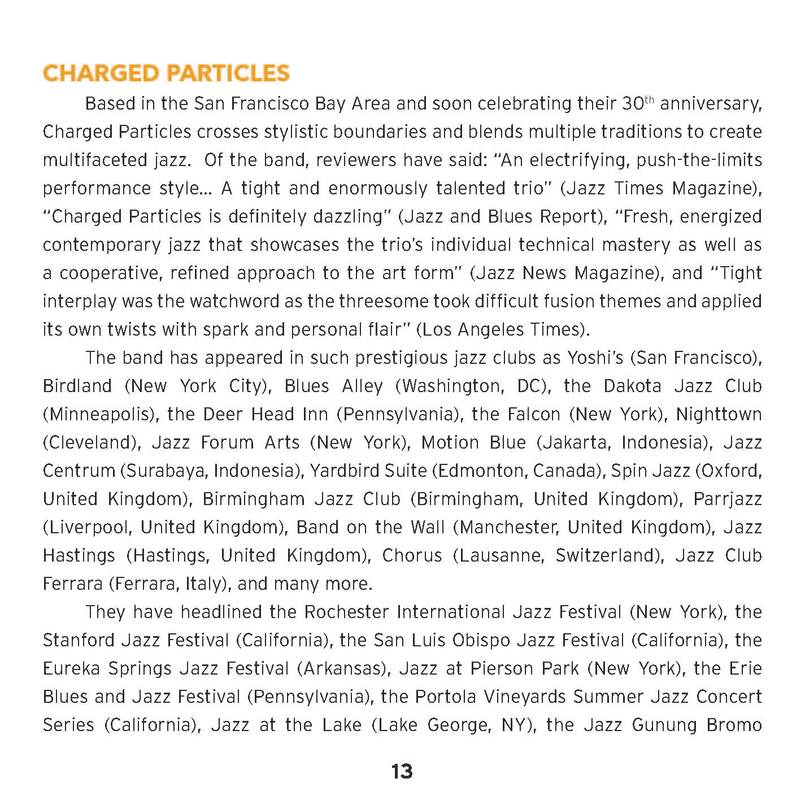 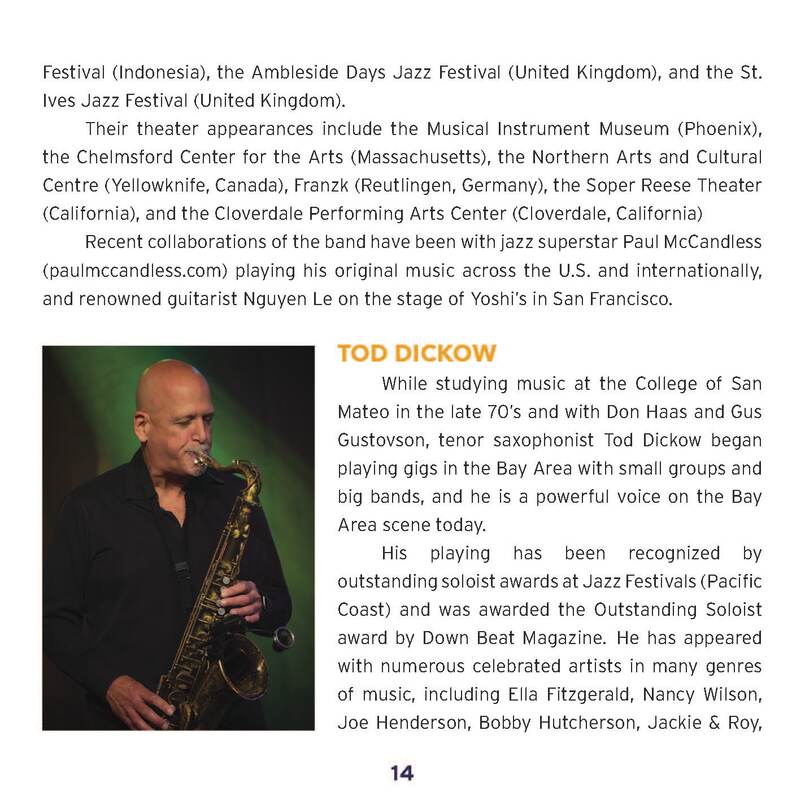 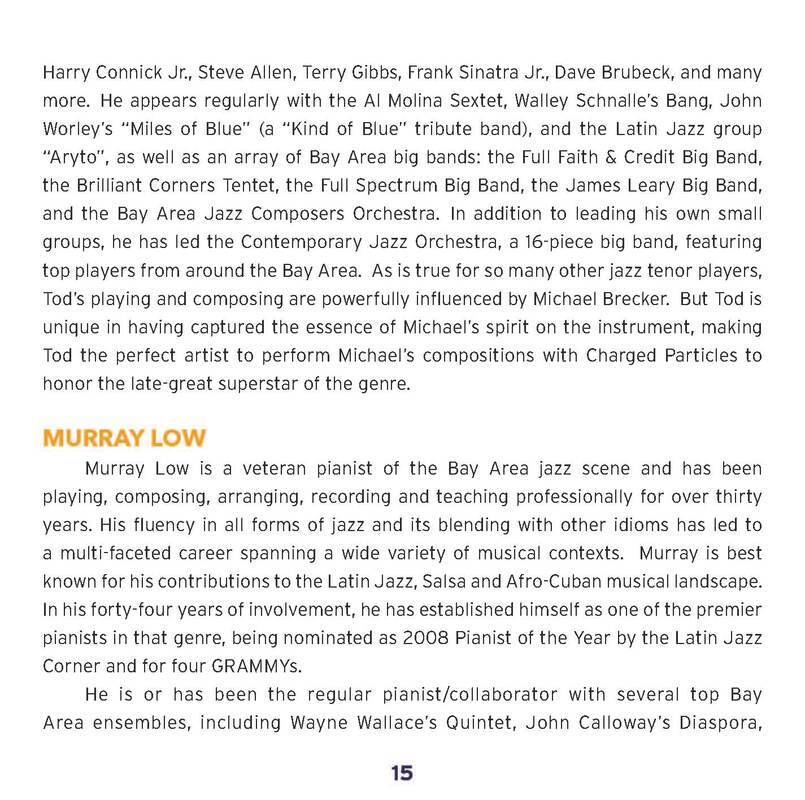 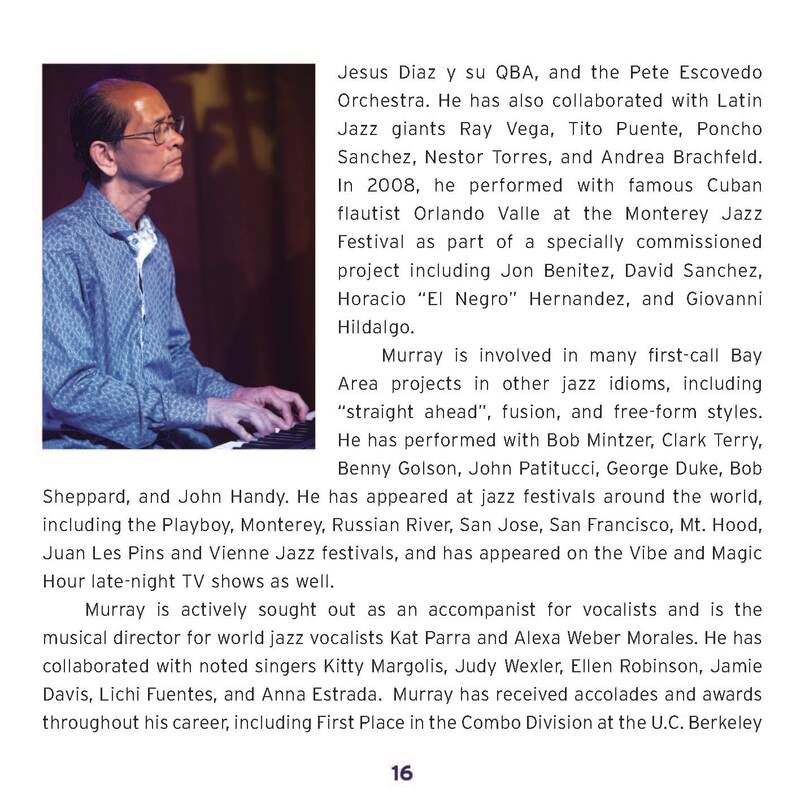 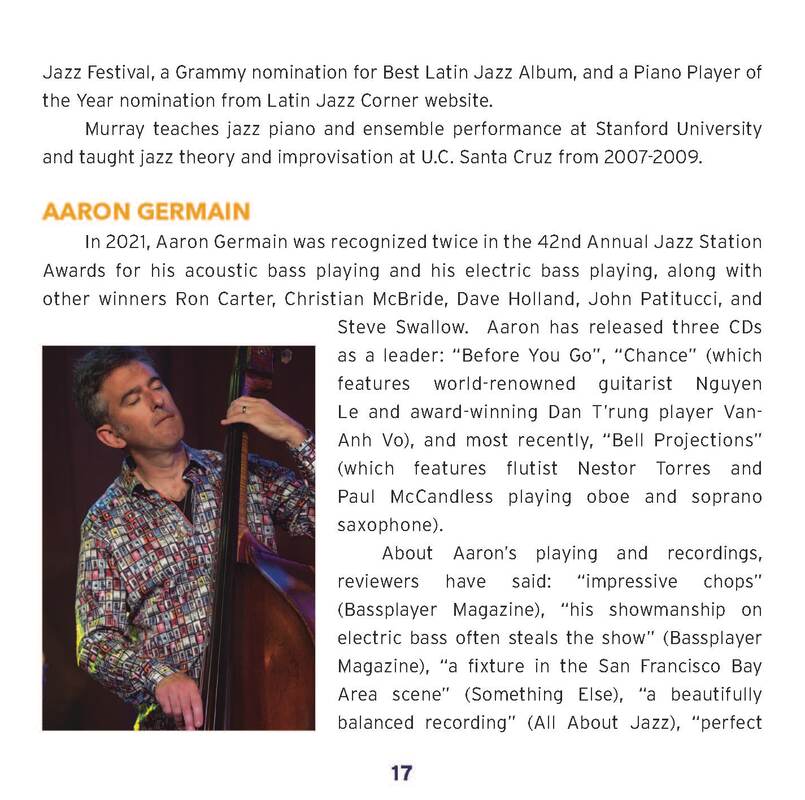 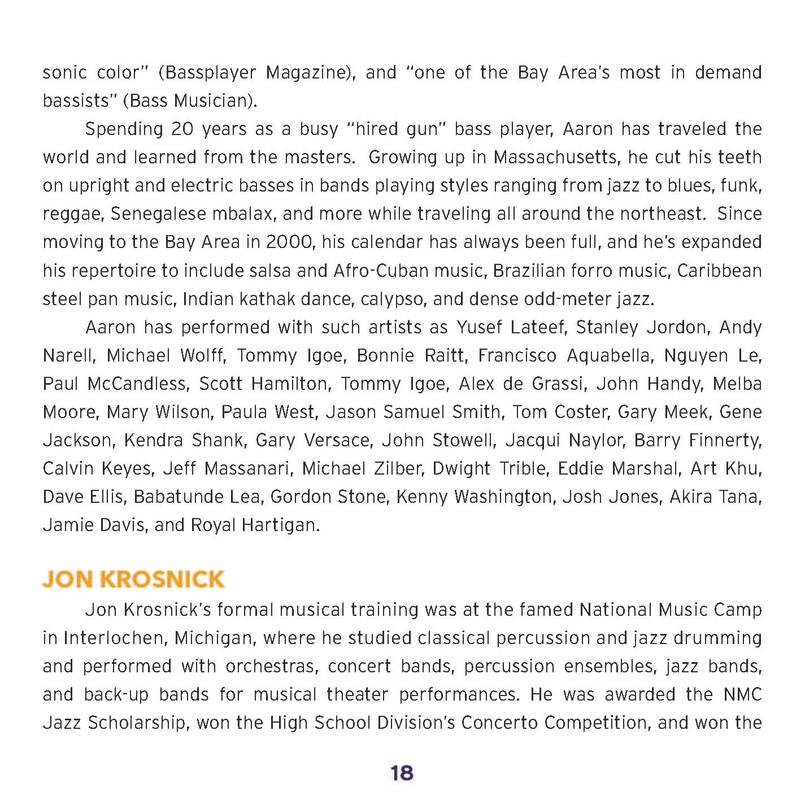 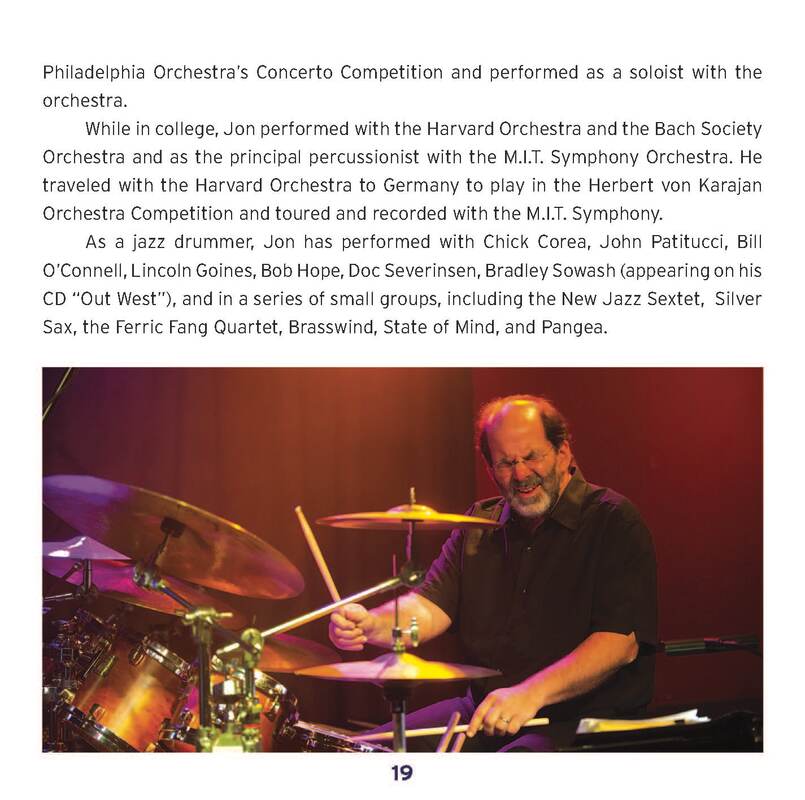 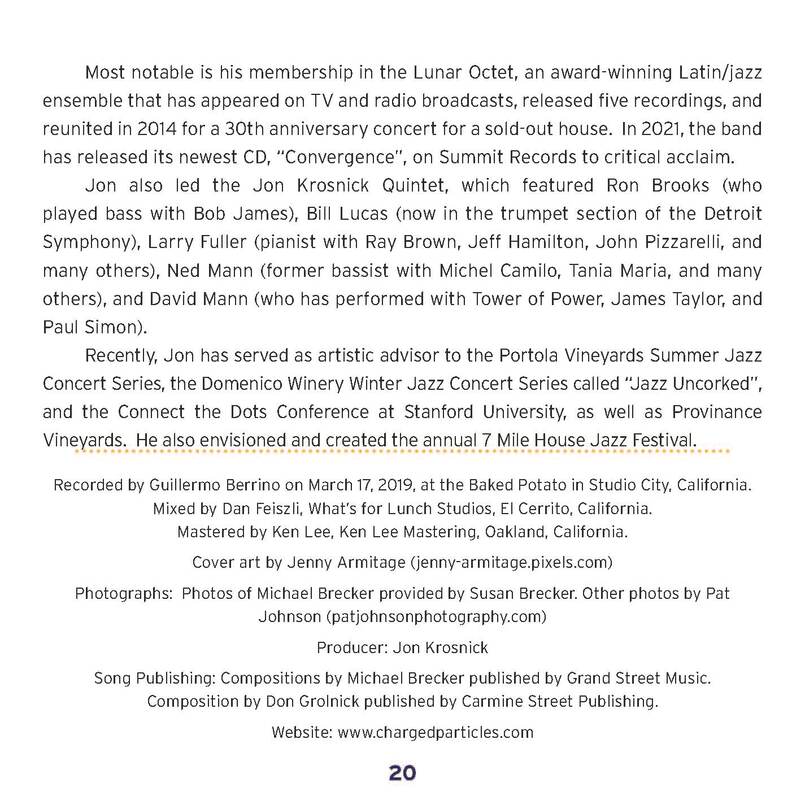 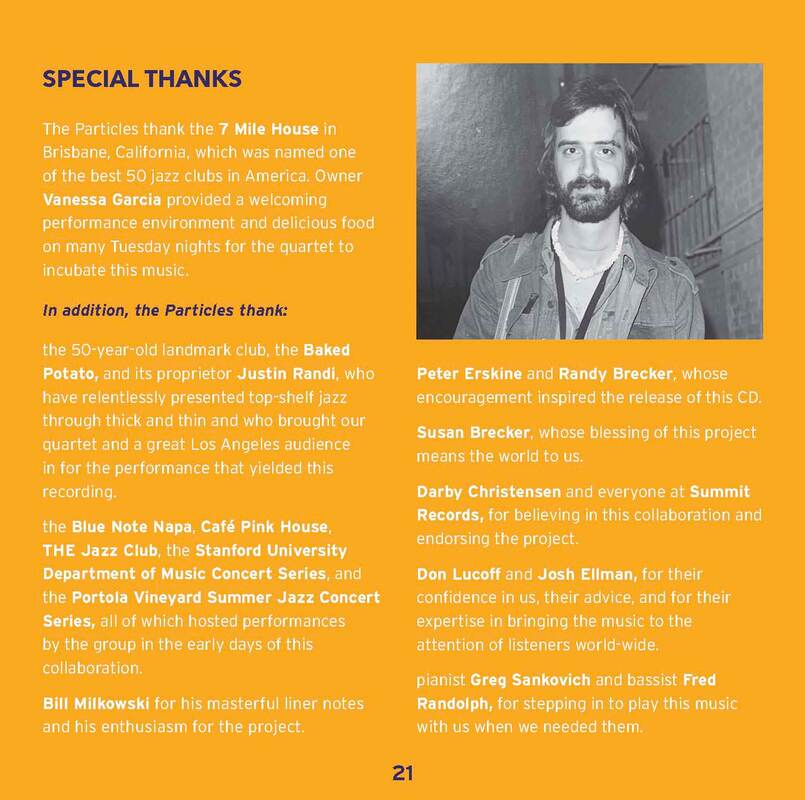 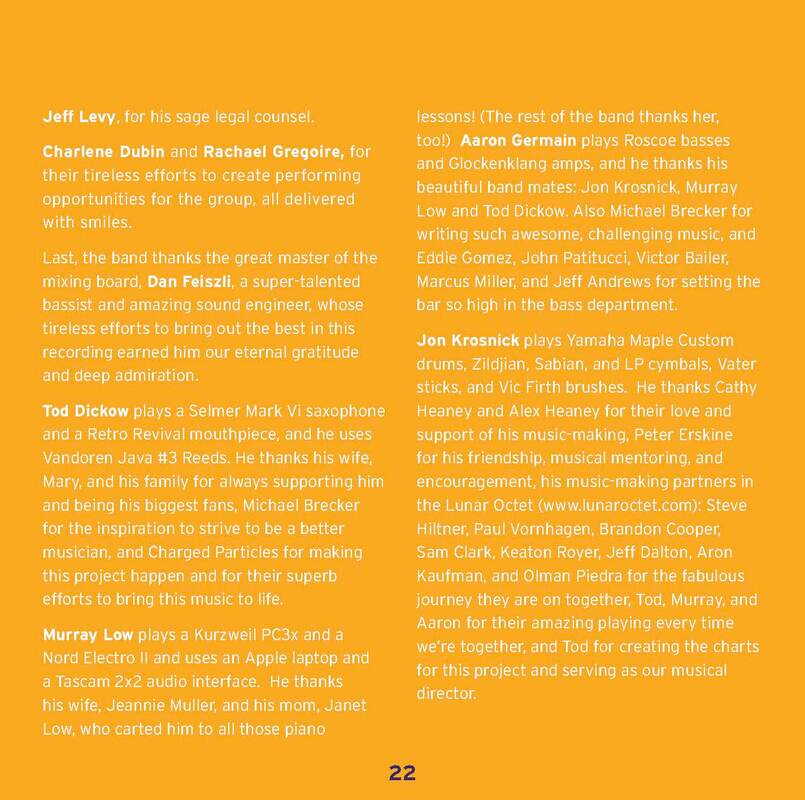 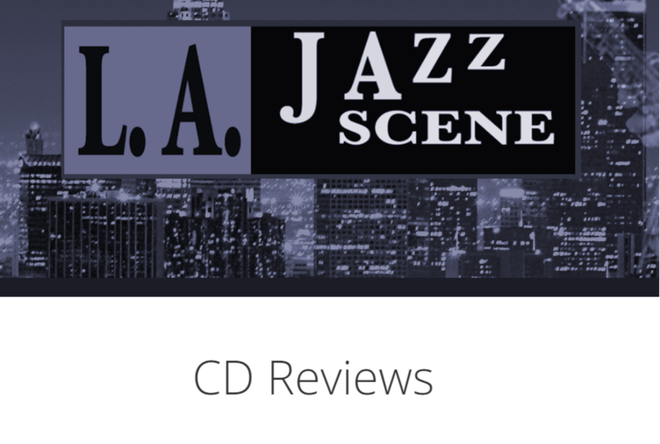 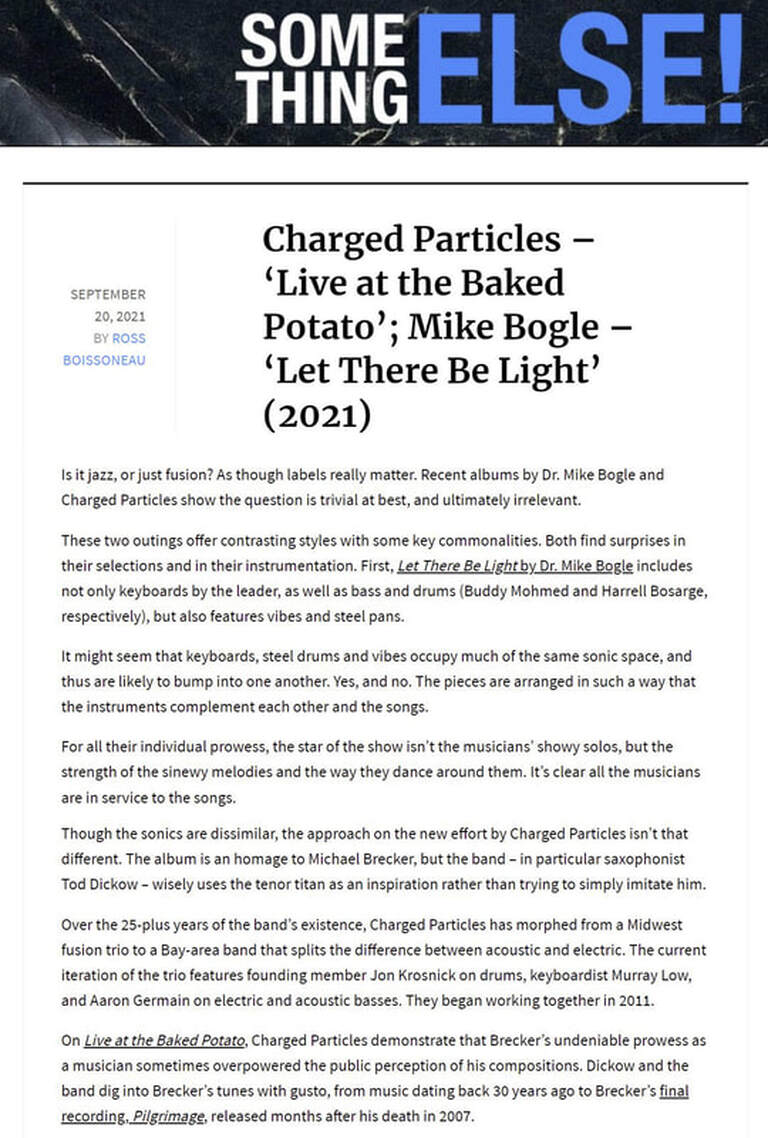 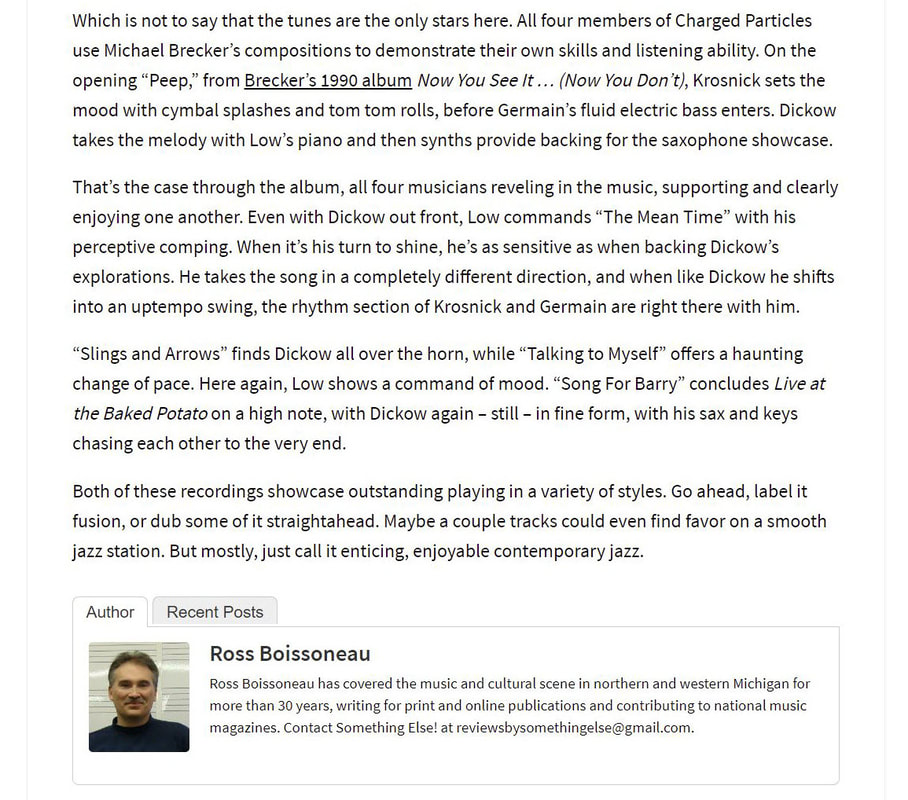 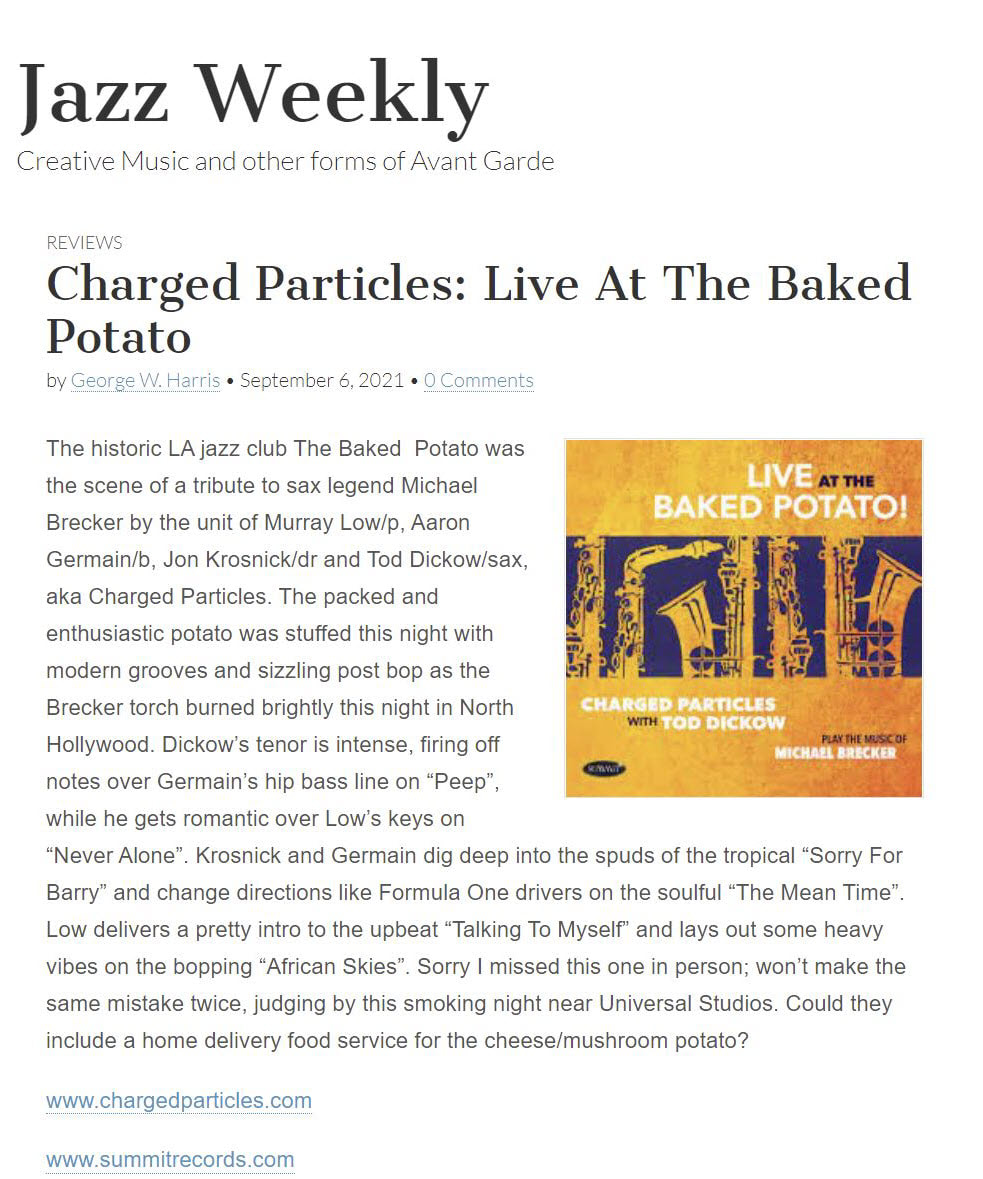 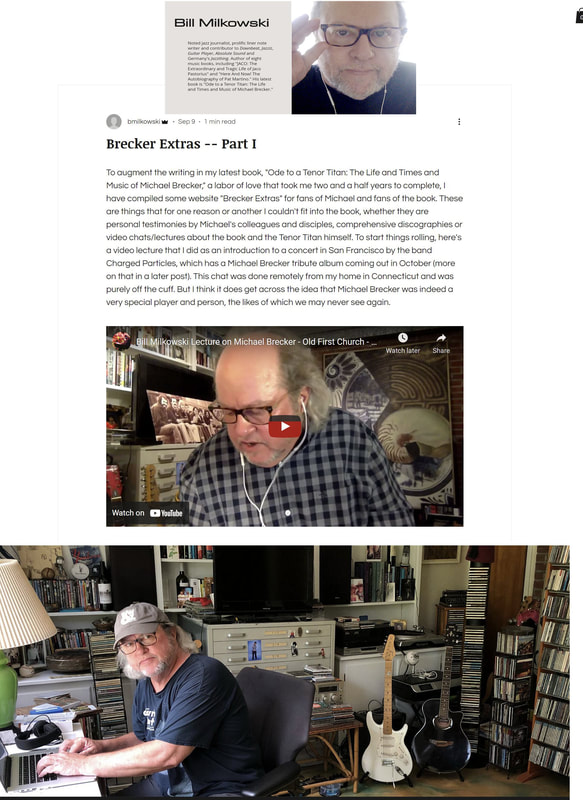 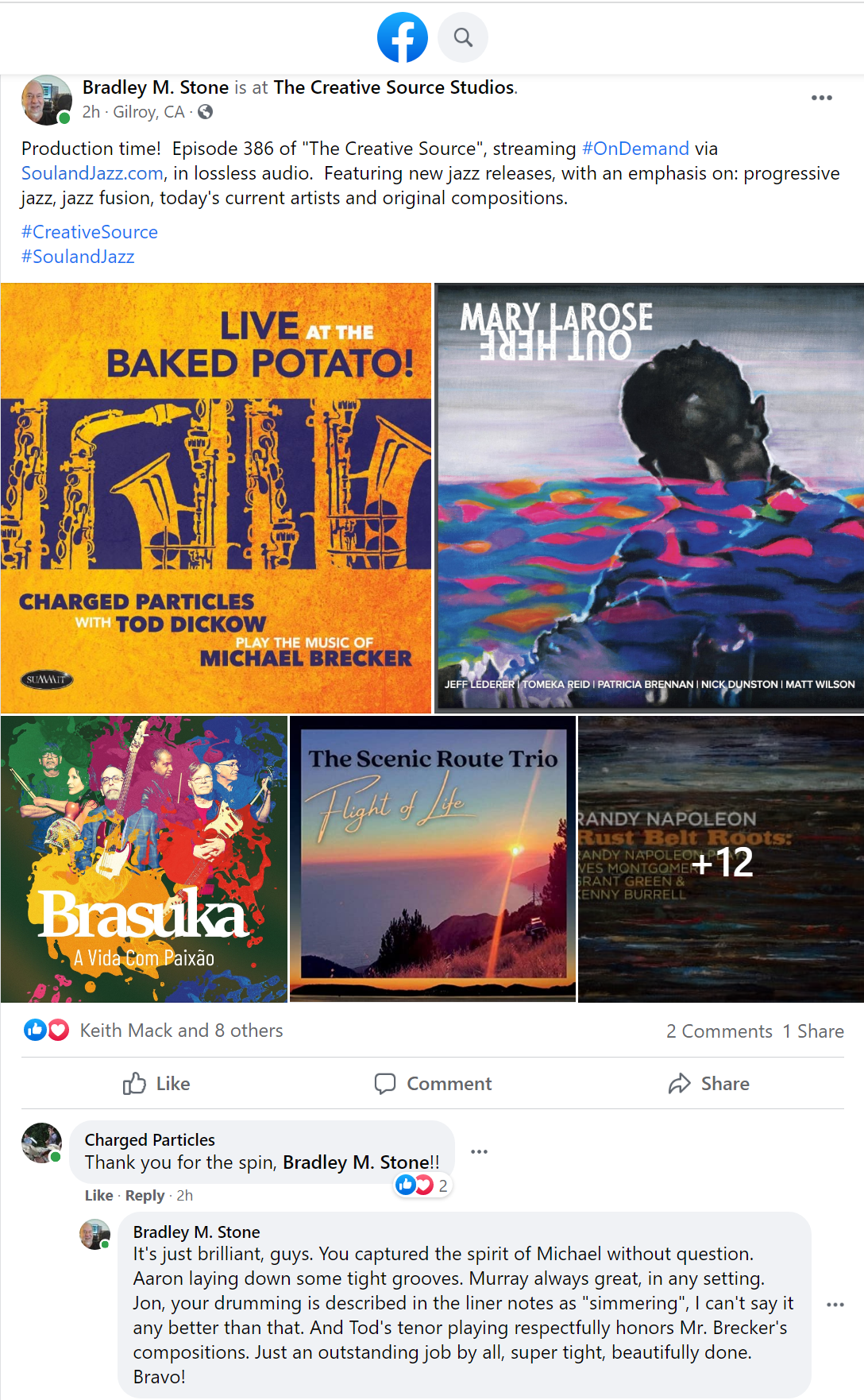 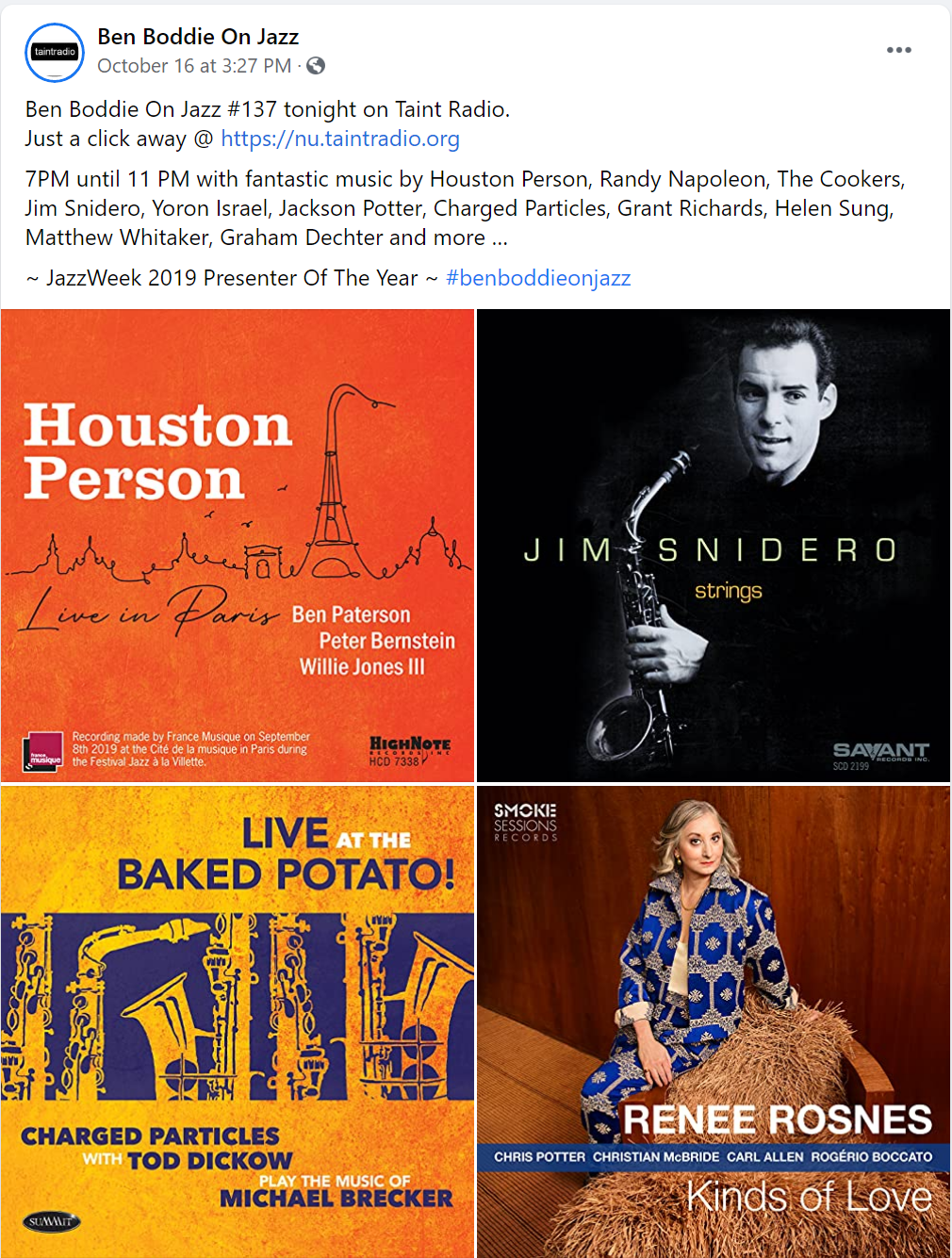