Greg Sankovich at 7 Mile House, Brisbane, CA (photo: Jack Pitts)
​Greg Sankovich is a San Francisco East Bay native. He began his keyboard journey with classical piano training at age 6. His parents' love for dance music inspired Greg's feel for music that moves people, so his inclination from an early age was towards dance grooves.

After graduating from UC Berkeley, Greg moved to Tokyo to perform with his jazz fusion group, Taikun, where he lived for over 10 years, performing and recording with a long list of top Japanese artists and music production companies.

After moving back to San Francisco, Greg immersed himself in producing dance tracks for the blossoming club music scene and producing music for television projects. He also picked up where he left off in performing and recording with exceptional Bay Area talent, including his band Times 4, Sheilani Alix, Rocio Guitard, Kurt Ribak, Big Advice, and Big City Revue. He is currently a keyboardist, producer, and music educator. 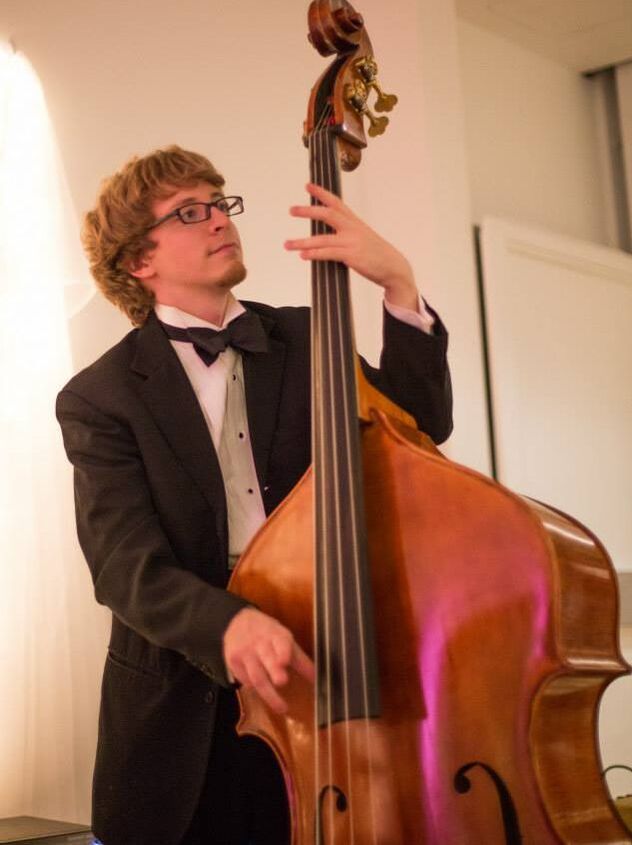 Chris Davis is a bassist and writer living in the Bay Area. He is a believer in the power of sharing beautiful music. He plays electric and upright bass in a wide variety of musical contexts, from orchestral and musical theater to afro-Latin and jazz, by way of Hawaiian, rock, and world music.

Chris grew up in Portage, Michigan. He picked up bass in order to play on the jazz scene surrounding Western Michigan University. Learning from and studying with music professors like Tom Knific, Trent Kynaston, and Steve Zegree, he played in master classes for artists such as John Abercrombie, Stefon Harris, and Billy Hart. When he went to the University of Michigan for college, he learned from Michigan faculty including Bob Hurst and to study with Detroit stalwarts like Marion Hayden. 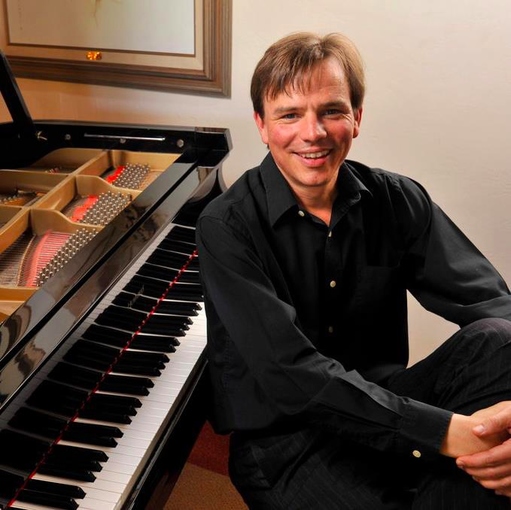 Eddie began studying piano when he was four years old, and by the time he was eight, he was performing works of Schumann and Beethoven in front of his school. He became hooked on jazz at the age of 13, when he attended the Monterey Jazz Festival. While still in high school, he earned a place in the Monterey Jazz Festival High School All Star Band in 1989 and 1990, under the direction of Bill Berry, and had the opportunity to accompany Dizzy Gillespie on  the main stage of the festival. Soon after, Eddie earned scholarships to the Berklee College of Music in Boston and went on to graduate with a Bachelors degree in Jazz Composition.

For the next 7 years, the Tokyo jazz scene kept Eddie busy, along with several trips back to the states. He rapidly became one of the busiest pianists in Tokyo. Performances ranged from jazz clubs, major hotels, touring around Japan, and embassy parties. Through this extensive time spent as a soloist, he developed his own style but says that his main influences are Art Tatum, Teddy Wilson, Hank Jones, Hampton Hawes, and Bill Evans.

Now based again in the Bay Area, Eddie's recent projects include a trio with bassist Dan Robbins and drummer Steve Robertson. The trio backed the steel drum jazz legend Othello Molineaux during a California tour. Eddie has performed and recorded with Ray Brown’s “Great Big Band” for the last 5 years and is featured on the fall 2010 release of Ray’s CD, Kayak. 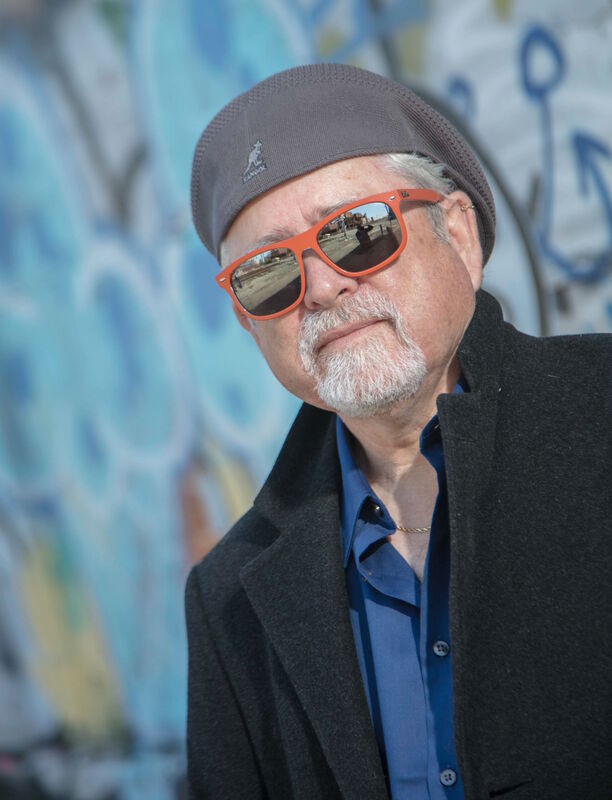 In the late 80's, Steve was a member of The Freaky Executives. The "Freakies" were picked as the best Bay Area band by every bay area publication (Chron, Trib, Exprees, SJ Mercury etc.) for 3 years straight. Joel Selvin (SF Chron) said they were "the hippest most innovative band to come out of the Bay Area in at least 15 years". The Oakland Tribune said they were" the best band to come out of the East Bay since the days of Sly Stone and Tower of Power". They were signed by Benny Medina to Warner Bros.. Warner Bros. spent 2 1/2 years recording an album that sounded nothing like the band, then never released it., and the band broke up.

In the 90's, he returned to being a sideman. He worked with George Benson, Bobby Womack, Michael Franti and Spearhead, Kenneth Nash, Samba Ngo, Nicolas Bearde, Charo, Don Cherry, Love and Rockets, Taj Mahal, Rebbe Soul as well as his old friends Ray Obiedo and Pete Escovedo and many others.

During this time, he also honed his studio and song writing skills, playing on over 50 CDs, learning to engineer, writing music for TV (Third Watch, Nash Bridges), film (La Mission, Wayne Wang’s “The Center of The World", Who Needs Sleep?), jingles (Northern California Chevy dealers), video games (Maxis’ Sim City), as well as writing songs that were recorded by Huey Lewis and The News, Irene Cara, Forrest Buchtel, and many others.

In the early 2000’s, he was a member of Los Mocosos - a Latin/Hip Hop band, who toured all over the world playing Jazz and World music festivals. They won a California Music Award for best Latin Album. They put out 3 CDs on Six Degrees Records.

Steve's trio with Dennis Smith and Tommie Bradford has released two CDs. Their second CD, Cosmopolis, reached 17 on the Roots Music Jazz Chart and was picked as a top 10 CD of the year in All About Jazz.. Cosmopolis was in regular rotation on over 100 Jazz stations. 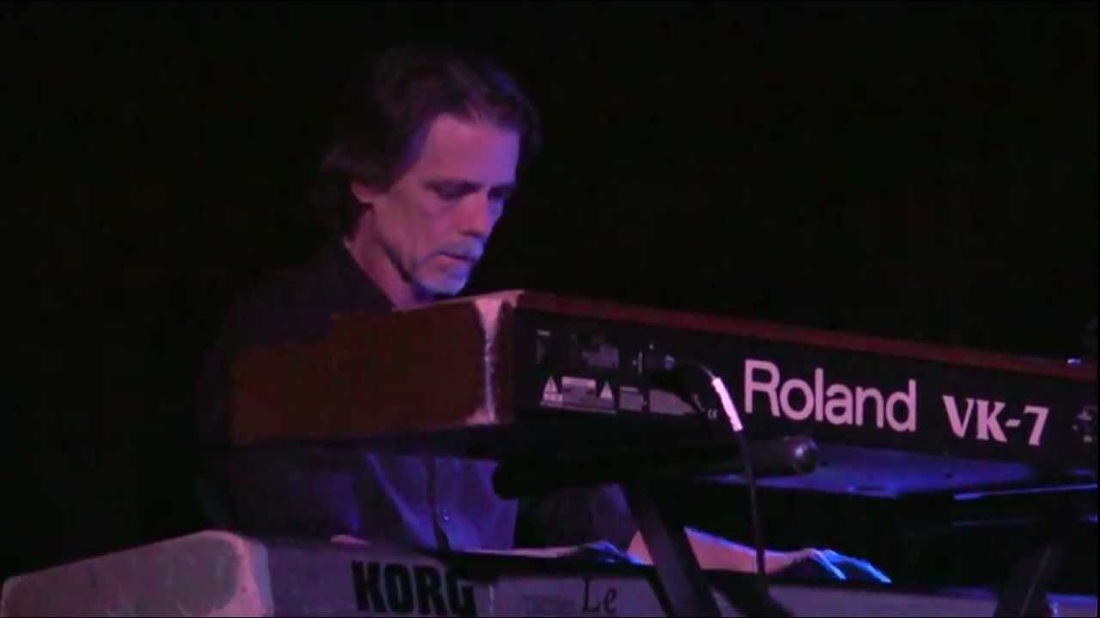 Burr was first drawn to the piano at the age of 10 when he heard Vince Guaraldi’s playing on the Peanut’s animated TV specials. He started out as a child prodigy drummer; he was the only child out of 5 siblings not forced to study the piano. It wasn’t until he was in high school that his focus turned to the keyboard. He then discovered that there were too many drummers to compete with and the piano became his instrument of choice.

After years of touring with such artists as Maria Muldaur, The Alison Brown Quartet, Paul McCandless, Michael Manring and Kathy Kallick and recognition including a feature spot on Windham Hill’s Piano Sampler II, Burr stepped out with his first solo album, Piedmont Avenue.

His playing is as likely to be inspired by James Taylor or Doctor John as by Oscar Peterson or the Yellowjackets, although he says it is his love of folk music that has influenced him most. His musical diversity has enabled him to tour and record with a variety of artists and has made him the ideal pianist for the ground breaking folk/jazz group, The Alison Brown Quartet. Burr explains, "I play a sort of jazz piano version of the vocal music that I love to listen to. That’s what influences me. I love to play and study jazz but I listen to vocal, folk/singer/songwriter music. I’m always searching for that melodic song-like quality when I improvise."

Burr’s playing is always engaging, and his breezy style blending jazz and folk influences makes for a rare and articulate listening experience. 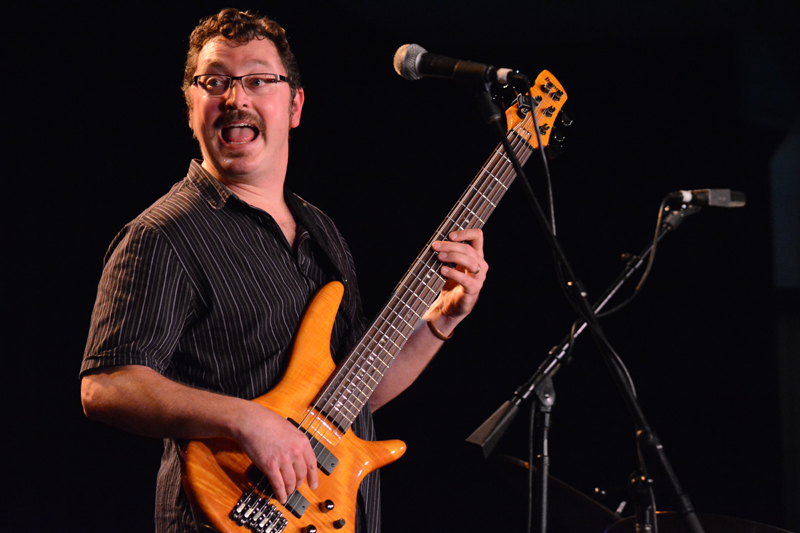 Dan Robbins has played and recorded in settings ranging from solo, duo, trio, etc. to big band and orchestra, and is known for driving, creative, harmonically and melodically rich background and lead parts on bass. He doubles on both acoustic bass, and four, five, six, and seven-string electric bass, in styles ranging from solo jazz chord-melody arrangements, to hard-swinging jazz double bass accompaniment, acoustic and electric funk, Brazilian, Afro-Cuban, Caribbean, rock, R&B, blues, tango, Indian, and fusion styles, as well as arco (played with the bow) classical and contemporary interpretations of composed music. He is also known to employ looping and effects to create the impression of a “one man band”.

He brings a fiery improvisational spirit and energy to all the projects he is involved with.  Currently co-leading the funk trio Wasabi, he also has an ongoing duo project with distinguished California Poet Laureate Al Young, and plays bass for the Hristo Vitchev Quartet, Joe DeRose & Amici, the Weber Iago Trio, SEVA, Vandivier, the Martan Mann Trio, the BR Jazz Band, and also does solo concerts.  He also teaches privately, and for the Monterey Jazz Festival and San Jose Jazz Society, and freelances in studios and venues in the Bay Area and beyond.
​ 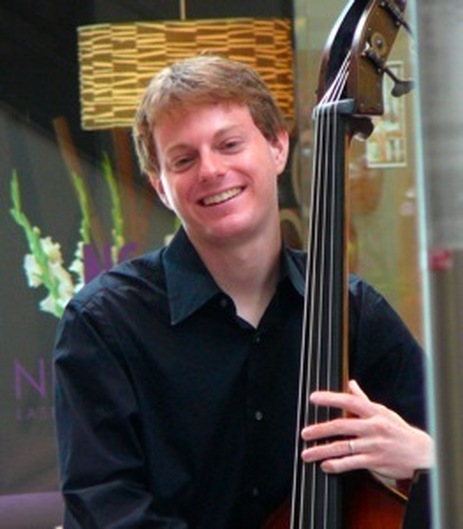 Dan Feiszli is a bassist and recording engineer and producer living in the Bay Area.  His distinctive tone, solid time, lyrical phrasing, and technical fluency on both electric and upright basses in almost all styles of music make him a sought-after musician for studio work and live performances.

Born in New Jersey, Dan started studying music when he picked up the saxophone at age 10.  A few years later, he began playing bass and drums and experimenting with recording techniques.  In 1994, he attended the University of Miami on a music scholarship, where he completed his bachelor of music degree in studio music and jazz.  During and after school, Dan performed and recorded with several incarnations of singer Raul Midon's band, toured the world for a year with singer Julio Iglesias, and began his career as an in-demand studio musician, performer, and recording engineer.

After living in the Miami area for several more years, Dan moved to the San Francisco Bay Area in 2002, where he continues to live, recording, performing, and touring with a wide range of artists. 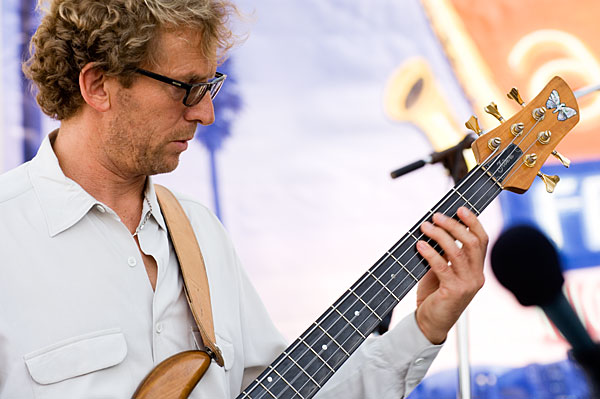 He is now the bassist with Tower of Power.

BROADWAY
"RENT" in San Francisco (Member of the band) 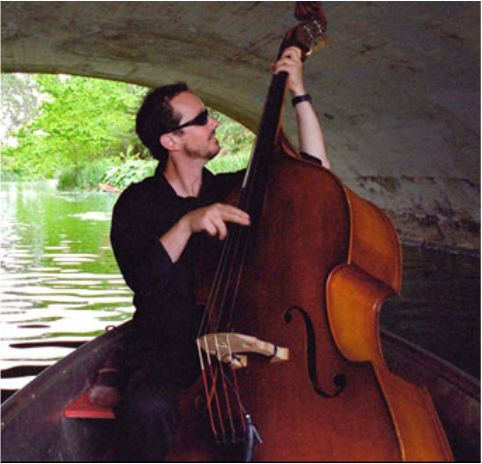 As a professional musician, composer, arranger, and educator, Fred Randolph has devoted his life to the art of music, especially jazz.

His love and passion for music has been with him since childhood. Born and raised in Honolulu, Hawaii, he started taking ukulele lessons as a young child. At age 11, inspired by the innovative and creative style of Jimi Hendrix, he switched to the guitar. After listening to Howard Roberts and Jimmy Smith in high school, he became fascinated with the unique harmonies of jazz, and his musical direction was forever altered. He began to seriously study and play jazz, first on the guitar, and later, on the saxophone and trumpet during his college years at UC Berkeley. His instrumental epiphany occurred, however, when he was working on his Master’s Degree in Composition at CSU Hayward, and he fell under the spell of the bass, captivated by its endless possibilities and sounds. The acoustic and electric basses are now his main instruments. He has studied bass with Carl Stanley, Brian Marcus, Alex Glickman, Frank Tusa, and the electric bassist Kai Eckhardt. He is currently a student of Timothy Spears.

After receiving his M.A., he assiduously pursued his professional career. He began by co-leading the jazz quintet, The Zone, for several years, composing most of the music for the group’s first CD Grand Canyon Blue. In addition, he performed on the soundtrack for the film Lifeline, which aired on KQED in December 1999, and spent two years as a member of the Diablo Symphony Orchestra. In conjunction with these projects, he spent time leading his own duo, trio, and quintet and teaching jazz history at Berkeley City College and jazz band/improvisation at UC Berkeley and the Hayward-La Honda Music Camp.

His first solo CD Learning Curve was released in 2003 to a receptive audience at Yoshi’s Jazz Club in Oakland, California. He released his second solo CD New Day which premiered at The Jazz School in Berkeley in December 2006. This highly successful concert was recorded for broadcast on KCSM’s (91.1 FM) Sunday Night Series. My CD also received significant airplay on KCSM, the Bay Area’s premier jazz station, KSDS (Jazz 88) in San Diego, and WGBH (89.7 FM & on-line) in Boston.

Education continues to be an integral part of his musical life. He teaches several private students and am the director of The Groove Merchants, the Stanley Middle School jazz combo. In addition, he periodically gives a course in Musical Notation at The Jazz School and most recently accepted a position at Bishop O’Dowd High School, developing the school’s jazz program.