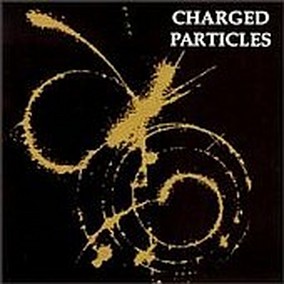 Listen to Excerpts of "Charged   Particles" 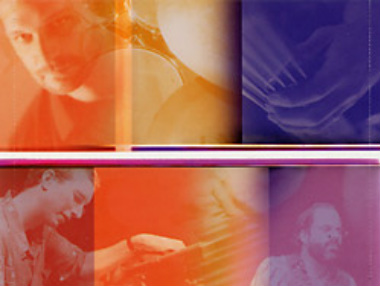 To read a review of "Charged Particles" in the All Music Guide, click here: AMG Review

"What dynamic music it is!  A superb example of musical artistry at its best."
This Week Newspaper

"A fusion of disparate elements, grounded in a valid aesthetic, and played passionately with a high degree of professionalism."
Midwest Jazz

"I was amazed at the sophisticated musicianship of these very talented and dexterous musicians."
Agenda Newsmonthly

"The trio's execution of difficult compositions often is breathtaking; fans of this type of music should not be disappointed."
The Columbus Dispatch

"Smart, intricately arranged tunes.  Beatkeepers all, they add swing to every track."
The Columbus Guardian

Imagination, technique, and dedication - it takes all three for the creative process to produce a completed work of art, be it painting, sculpture, acting, or in the case of Charged Particles, music.  As Miles Micawber (tenorman with the famed Charlie Dickens Quintet) was want to say, "Possess all three - artistic fulfillment!  Lack even one - artistic frustration!"  And who's to argue with Miles?

Imagination provides the creativity to re-arrange silence with a finite number of sounds in a way not hear before; technique provides the ability to physically manipulate the instruments to bring forth the sounds the imagination has conceived; dedication provides the impetus to overcome the numerous major and minor obstacles that can prevent the artist from completing the work and making it available to an audience - everything from finding the time and money for the project, rehearsing, performance, editing, artwork, design, copy, credits, printing, manufacturing, packaging, shrink-wrapping, distribution, promotion, bookkeeping, copyrights, and assorted legalities, to name just a few of the more obvious problems.

The minors ones can be any of the peaks and valleys encountered in day-to-day living.  Nobody said making an album was easy, even if everything goes right.

Fortunately, Charged Particles, individually and collectively, has the artistic requirements to produce the music you are about to experience.

And what dynamic music it is!  A powerhouse collection of acoustic and electric contemporary jazz that includes Latin, funk, mainstream, pop, and classical elements - performed by three superbly talented musicians.

Caleb Hutslar, keyboards, taught himself to play french horn so he could perform with his high school marching band and orchestra.  Serious classical piano lessons started at age 16, with jazz piano following a year later.  He enrolled in the Ohio State University School of Music in 1988, as a piano performance major, studying both classical and jazz.  He received his Bachelor of Music degree in 1993.

Equally proficient in an acoustic or electric setting, Caleb's playing reflects the influence of Chick Corea, Art Tatum, and Oscar Peterson.  His skills as a composer/performer are evidence on the complex, funky, and intense "Soko Ban," which combines unconventional rhythmic patterns with fusion and a classical approach.  His solo on "Spaceships" is a superb example of imagination and technique, while his beautifully-light touch on "Autumn Leaves" illustrates his (and the group's) admiration, love, and abilities in bringing new life and beauty to the most familiar mainstream standards.

Michael Rak, bass, began his musical odyssey as a trumpet player at age 11 but soon added tuba, bass, guitar, and suphonium, all of which he played through high school, in both concert and jazz band.  His musical education continued at OSU, with courses in music theory, history, ear training, arranging, and bass.  He performed regularly as a member of the renowned OSU Jazz Ensemble at such prestigious jazz events as the Notre Dame Jazz Festival and the Mexico City International Jazz Festival.  His outstanding musical accomplishments were recognized when he was awarded the Tom Battenberg Jazz Scholarship.

Mike's playing mixes the light touch and technical wizardry of such contemporary jazz players as Jaco Pastorius and John Patitucci with the high energy and aggressive pulsing of such exciting rockers as Geddy Lee, Billy Sheehan, and Stuart Hamm.  The range of his sound can be heard on the gently-quite "Portrait of Tracy" and his original composition, the brightly-energetic "Latina Una."  When not rehearsing or performing on the instrument, Mike teaches it, which bodes well for rhythm sections of the future.

Jon Krosnick, drums, began his musical training at an early age: piano at 6, drums at 9.  He spent ten summers at the famed National Music Camp in Interlochen, Michigan, studying jazz drumming and classical percussion.  He won the NMC Jazz Scholarship, the High School Division's Concerto Competition, and the Philadelphia Orchestra's Young Artist Competition, which allowed him to perform twice as a soloist with the orchestra.

While living in Boston, Jon was a member of the Harvard Orchestra, the Bach Society Orchestra, and the M.I.T. Symphony, in addition to playing jazz with the Harvard Jazz Ensemble, Brasswind, and Silversax.  And in recent years, Jon has focussed his energy exclusively on jazz, performing with the Lunar Octet (an eight-piece Latin-jazz band) and Bradley Sowash Jazzworks (an acoustic trio).

Jon studied Dixieland drumming with Hy Frank and contemporary jazz with Peter Erskine, whose influence, along with that of Dave Weckl and Steve Gadd, can easily be heard in his playing - a blend of incredible technique and explosive energy that propels the Particles to electrifying velocities, as on "Soko Ban" and his original, "Skedaddle," which has definite Monk-ish overtones.

As a group, Charged Particles is dedicated to creating and performing technically-demanding, complex, sophisticated, and hard-driving jazz that's energizing, exciting, accessible, and satisfying to their every-increasing audiences.

This album is solid proof they're well on their way to achieving their goals.